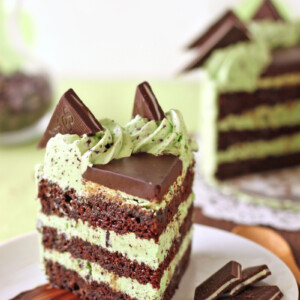 For the Mint Chocolate Chip Buttercream:

For the Ganache Topping:

To Make the Chocolate Cake:

To Make the Ganache:

To Assemble the Cake: