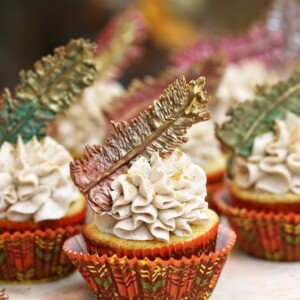 Written by Elizabeth LaBau
These Spice Cupcakes with Cinnamon Buttercream are a wonderful option if you want to get away from the normal mediocre pumpkin pie!
Servings: 18 cupcakes
Prep Time 1 hr
Cook Time 20 mins
Total Time 1 hr 20 mins

For the Spice Cupcakes:

For the Cinnamon Buttercream:

To Make the Spice Cupcakes:

To Make the Cinnamon Buttercream: