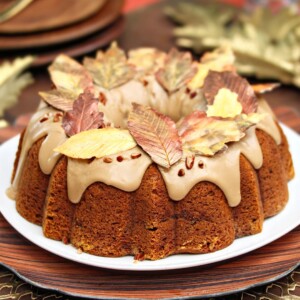 For the Cinnamon Swirl:

For the Pumpkin Pound Cake:

For the Brown Sugar Frosting:

To Make the Pumpkin Pound Cake:

To Make the Brown Sugar Frosting: