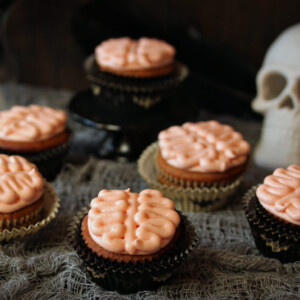 For the Spice Cupcakes:

For the Almond Buttercream:

To Make the Spice Cupcakes:

To Make the Almond Buttercream:

To Decorate the Cupcakes with Brains: