You know what the Fourth of July needs? More exploding food. We have lots of grilled meat. Plenty of fresh fruit. Loads of lemonade. And heaven knows we don’t need any more ridiculously tall desserts in our lives. But…exploding food? Yeah, I could do with more of that.

I’m here to solve all of your not-having-enough-exploding-food-dilemmas. (File that one under Problems You Didn’t Know Were Problems Until Just Now.) See, I made you some cupcakes, see? But they’re not just regular cupcakes, see? They’re actually filled with Pop Rocks, which are the explodingest food known to man, see? But the Pop Rocks are hidden, so your friends and family will think they’re just typical mild-mannered holiday cupcakes until they take a bite, see? One big chomp and…BAM! An explosion big enough to cause us all to steal Emeril’s catch phrase!

THAT is how the Fourth of July should be done.

To the person who invented Pop Rocks: I salute you. You, good Sir or Madam, saw a need that no one else saw, and provided the children of this world with an extremely entertaining, only slightly terrifying candy. Is popping candy necessary? Well, I suppose not. Is it fun? Yes, unless you’re my son, in which case it kind of freaks you out. Does it belong inside of cupcakes? Heck yes!

The problem with Pop Rocks is that they’re extremely hygroscopic, meaning they absorb moisture from the air. Shortly after opening the package and exposing them to air, the little nuggets of popping magic start clumping together and losing their pop. Adding them to frosting or the inside of cupcakes “in the raw” is a sure recipe for soggy, pop-free cupcakes.

To prevent this, and to give their pop more staying power, I coated them in a light layer of coconut oil. The oil is solid at cool room temperature, so it provides a bit of a barrier between the candy and the moisture surrounding them. (I think cocoa butter would also work well for this purpose, if you’re in an experimenting mood.) The coconut oil isn’t a miracle worker, so you still have only about 8 hours after assembly before the candy loses its pop, but it still really helps to extend the life of the cupcakes! It also adds a nice subtle coconut flavor, that goes well with the vanilla cupcakes and fruity Pop Rocks.

I also had fun with the frosting—I used a little leftover red and blue frosting from the American Flag layer cake to paint frosting stripes up the inside of a piping bag, then added white frosting. When the frosting mixed together in the bag it created a great airbrushed look. You could also top these with actual airbrushed color, your favorite sprinkles, or disgustingly Pinteresty cupcake toppers… 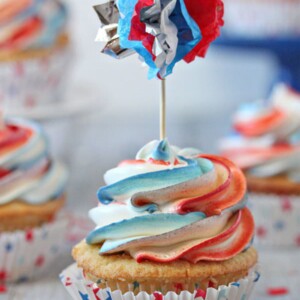 5 from 1 vote
By Elizabeth LaBau
These exploding cupcakes are a real blast! Do you see what I did there? 😉 They are filled with Pop Rocks candy so they literally explode in your mouth when you bite into them.
Print Recipe Pin Recipe Rate Recipe
Prep Time 1 hr
Cook Time 22 mins
Total Time 1 hr 22 mins
Prevent your screen from going dark
Yield 24
Calories 421 kcal

I’ve provided my favorite vanilla cupcake and Swiss meringue buttercream recipe below, but you can substitute your own recipe (or a box mix!) if you’d like. The only really important part is that you add the Pop Rocks! If you want to decorate your cupcakes with big swirls of frosting, like those pictured, I do recommend making homemade frosting—canned frosting just won’t have the same effect.

5.4K shares
Did You Make This Recipe? 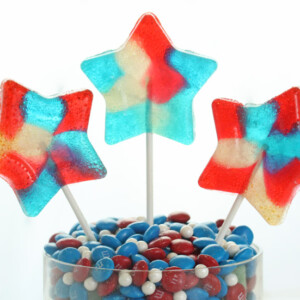 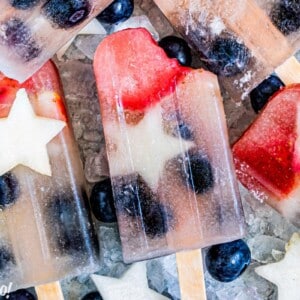 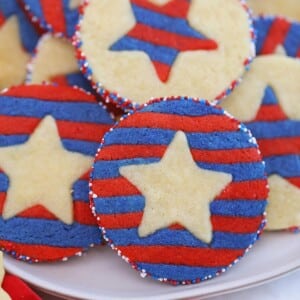 Stars and Stripes Sugar Cookies for the 4th of July 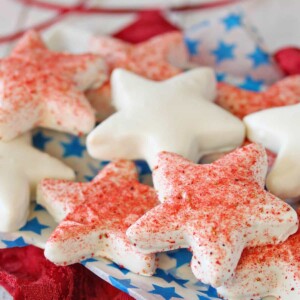