Happy New Year! Have you made your resolutions yet? Do any of them happen to involve healthier eating and/or weight loss? If so, you may want to stop reading now, because this month’s Pies With That challenge was all about creating a pie so tempting, it could only be called a resolution breaker. 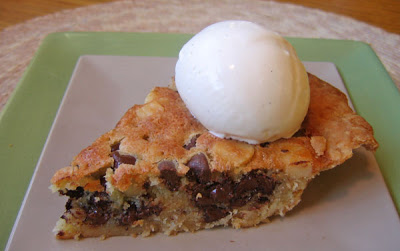 It didn’t take me long to decide what kind of pie I wanted to make. For Christmas I received the Baked cookbook, and after hearing so many good things, I was anxious to try out a recipe. First to catch my eye was Tuscaloosa Tollhouse Pie, described as a cross between a pecan pie and a chocolate chip cookie.
*insert sound of record scratching*
I’m sorry, a pie that is also a cookie? HOW have I not heard about this until now? What other awesome dessert hybrids are on the loose without my knowledge? You had all better enlighten me, stat!

And with that, it was decided. In blatant disregard to my own personal fitness goals, I started my new year by having Tollhouse Pie and homemade Creme Fraiche Ice Cream for breakfast. We justified it by deciding that such a rich dessert was surely a sign of prosperity and happiness for the coming year! That IS how karma works, right? 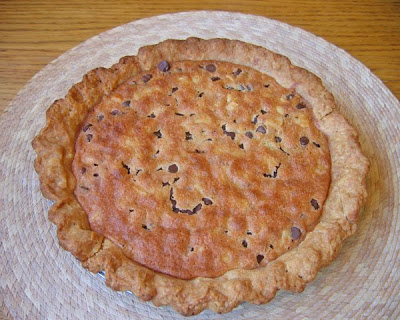 The pie started out looking pretty homely. I made the pie crust, but it could easily be made using a purchased frozen crust. The recipe doesn’t state that it should be parbaked, but since I usually parbake the crust for my pecan pies, I went ahead and did a partial bake. Next time I might omit the step and see how it turns out. The batter itself is like a fairly thick cake batter–midway between a cookie dough and a liquidy pecan pie filling. It baked up puffed and golden brown, and smelled heavenly all during the baking. 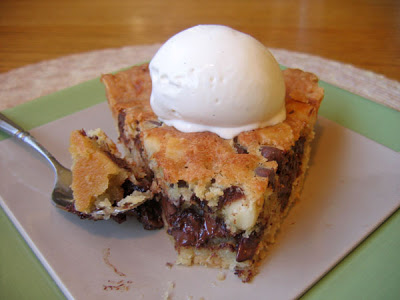 Its appearance greatly improved once I cut a slice and topped it with a scoop of the creme fraiche ice cream, still soft from being freshly churned. (I think this is a pie that definitely needs a topping to cut the richness, either ice cream or lightly sweetened whipped cream.) I used macadamia nuts in place of walnuts, and next time I might throw some shredded coconut in as well, to make a tropical chocolate chip cookie pie.

And HERE is something crazy–just now, as I was typing up the recipe, I realized that I left out 1/2 cup of brown sugar from the pie! That’s fully half of the sugar the recipe calls for. This might explain why the filling wasn’t as gooey as I would have hoped. (Whoops.) However, it was still a great pie. The consistency was almost exactly like a soft, baked cookie. (And it definitely wasn’t lacking for sweetness.) I would like a little more goo, but Jason loved the cookie aspect, because, as he says, “Having a cookie in pie form makes it more socially acceptable to smother it with ice cream!” Well played, sir.

We both agreed that this was a pie worth breaking a resolution for. Wouldn’t you agree? 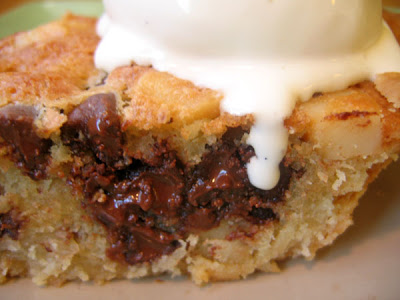 Check out the other sinfully good pies after January 6th on the You Want Pies With That blog. Want to ruin your own weight-loss efforts? Pie and ice cream recipes are below! 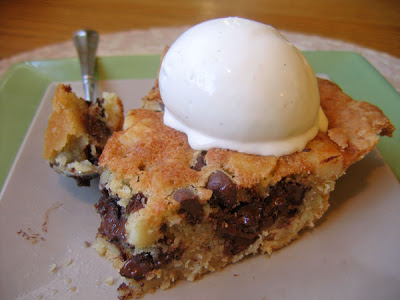 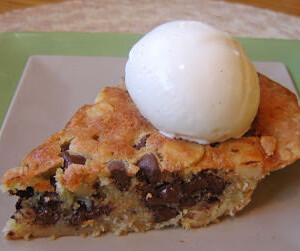 from Baked by Matt Lewis and Renato Poliafito 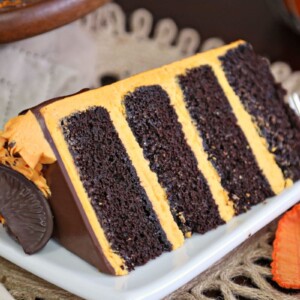 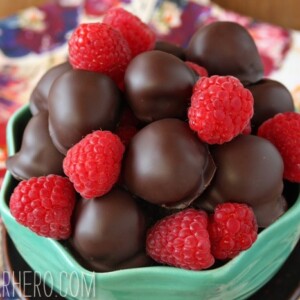 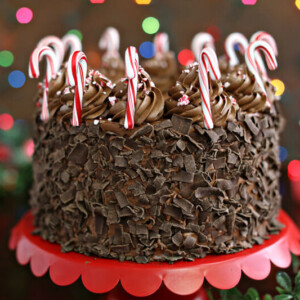 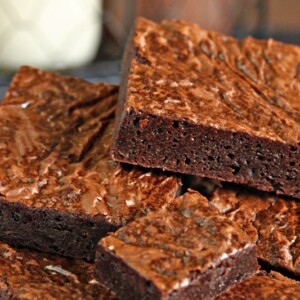